Reno Nevada makes the list of best places to live in the nation!

Home/Our Blog/Reno Nevada makes the list of best places to live in the nation!
Previous Next

Reno Nevada makes the list of best places to live in the nation! 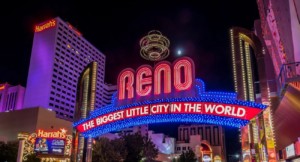 U.S. News & World Report has released its 2018 Best Places to Live in the United States ranking and Reno came in high on the list.

RENO, NV – U.S. News & World Report has released a ranking of its 2018 Best Places to Live in the United States, and according to the list, Reno is near the top.

Reno came in at 33rd place in the ranking of the country’s 125 largest metropolitan areas. Affordability, the availability of jobs and quality of life are all things people consider when deciding where to move. U.S. News & World Report’s 2018 Best Places to Live in the United States shows people are moving to the South, Western states and the Midwest.

The list said this about the Biggest Little City in the World:

“Although it often plays second fiddle to Las Vegas, Reno, Nevada, may be the more attractive option for those considering a move to the Southwest for a number of reasons. Perhaps most importantly, there’s much less sin associated with this city: Despite the fact that Reno was built on the gaming industry, it’s very easy for residents to completely avoid the casinos. Reno residents have a wealth of cultural events and outdoor activities at their fingertips.”

To come up with the 2018 Best Places to Live ranking, U.S. News looked at data from the Census Bureau, FBI and Department of Labor. The various qualities residents look for — for example, the job market, affordability and quality of life — were weighted according to the results of the of a public survey in which 2,500 random internet users in 125 metro areas were asked where they would prefer to live.

Americans were less interested in the number of people moving in or out of a metro area and the strength of the job market than they were in overall quality of life and affordability.

Reno has many locally owned shops & businesses. Reno is constantly trying to fix its roads and clean up neighborhoods to make them more appealing. Reno is an amazing place to build and grow a family. Also, it’s only 30 minutes away from Lake Tahoe. Lake Tahoe is named top 5 most beautiful lakes in the nation! Its beauty attracts many people to the area. Specially during winter because it has so many winter activities. If you are thinking about moving to the Reno area, you should! Reno does not disappoint! 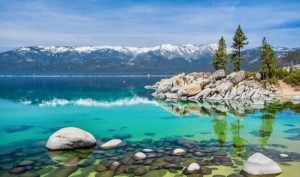